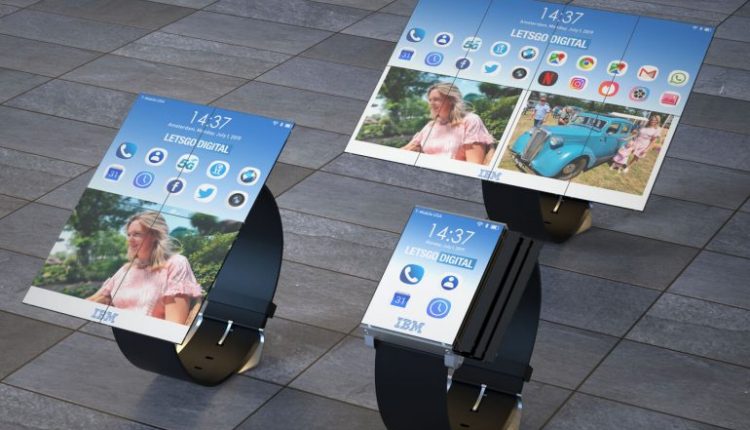 IBM holds the largest number of tech patents in the world right now, and is also parent to one of the most advanced innovation labs on Earth. The company has now responded to the various calls for it to make folding phones.

But IBM is about to do you one better by making a folding smartwatch which will turn from a watch to a full blown tablet. Any other company undertaking this feat would look like a joke, but IBM is not joking around. While Apple and Google make headlines for ventures towards the same direction, IBM makes cutting edge computing tech since the ’50s. They have been on trend, with their dominant mainframes in the ’60s, to the very first successful AI, and very first commercial quantum computer. IBM has been at the forefront of modern innovation historically and they don’t seem to be stopping any time soon!

A Dutch publication was the first to discover that this US patent had been applied for by IMB. On further research, we found that IBM has published this patent on June 11th, 2019, in the US Patent and Trademark Office. It has been titled Variable display size for electronic display devices and has been described as having a wristband. It looks like a watch with a regular rectangle shaped display which works in portrait mode with no bezels.