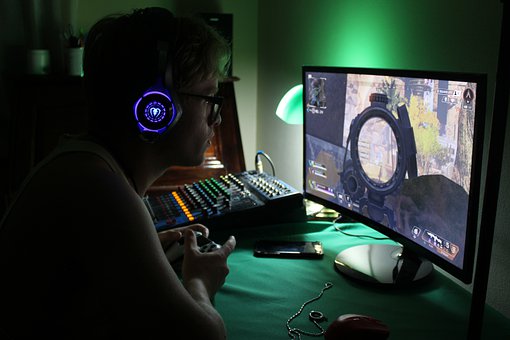 If you’re up to date on all things tech, then you’re probably aware of Ryzen 5000 series processors going live just this 5th of November, and all the reviews and benchmark scores only continue to support the value you can get out of these next-gen processors. And to say that AMD has finally done it and broke through the barrier of Intel’s longstanding throne is but an understatement of the future of Ryzen.

As the benchmark scores and performance numbers show, after a long uphill battle of only being the “value” option, AMD has taken away Intel’s crown as the top-performing gaming CPU available in the market. And while clock speeds still lean over to the side of Intel, they aren’t everything, and the red team beats out blue with much more efficient IPC (Instructions per clock). So, if you’re looking to build a gaming rig this fall or waiting on the future discounts for Black Friday and the Christmas season, our pick for best-value and performance among AMD’s lineup is the Ryzen 5 5600X.

Of course, you’re probably wondering why not go with the 5800X or 5900X, but the increase in performance, price, and value to scale just doesn’t add up. And this 6-core 12-thread beast is more than capable of handling all the new Triple-A titles you’re going to play. And, if we’re going off the success of its predecessors like the 2600 and 3600, there’s a lot of potential hiding behind a slider.

In terms of performance gain, the numbers are pretty much negligible when you go upwards to the 5950X, and everything after the 5600X won’t affect much of your gameplay with an easy boost clock up to 4.6 GHz. So, if you opt for the more expensive and higher core-count CPUs, you’ll only end up spending more for just a small FPS increase.

If you’re going to build a gaming computer, you’re most likely not going to need the extra cores and threads to play the latest titles. 6-cores and 12-threads are more than enough to handle the most recent games available and even future-proof for next-gen games that have yet to utilize the full potential of 6-cores. Anything after that is overkill, and unless you’re running Microsoft Flight Simulator at maxed-out settings, you’ll do just fine. Even productivity, rendering, and content creation sit at the sweet-spot for the Ryzen 5 5600X.

Spending too much on your CPU means you’re losing out on budget for the rest of your parts, and nothing beats the Ryzen 5 5600X in terms of value. Going with this CPU offers much more flexibility in your budget and lets you get top-quality for other components like the motherboard, especially the GPU. Overall, giving you a well-balanced build at a competitive price point.

Plus, You Can Get Radeon

Another thing to consider is pairing up your Ryzen 5 5600X with the latest Radeon RX graphics cards, intentionally going all red for your build. Of course, you could opt for the Nvidia side, but you’ll be missing out on the Smart Access Memory features, which unlocks the full potential of your CPU and GPU when you go All-AMD. Something AMD claims will remove any “bottlenecking” and vastly improve performance.

Likewise, we also need to consider all the possible alternatives you could go for, especially if you’ve been holding off on an upgrade for quite a long time. However, the current outlook still points toward AMD.

We can’t deny that AMD is making history with its Zen 3 processors, and the only way for them to go now is to continue improving, innovating, and reaching new heights. It was a long battle of nearing bankruptcy and reimagining their architecture, but it’s safe to say that they’ve finally done it. So, if you’re looking to build a gaming rig, there’s been no better time than now to go Full-AMD and experience the future of gaming.